After six months of development, we are ready to release 16 updates that are coming to Emercoin blockchain. We've made it faster, more secure and easier to use. Also, we’ve updated our wallet to match the new rules of the blockchain and dSDKs.

First of all, we’ve updated Emercoin with Bitcoin core 0.14 and added support for SegWit (Segregated Witness). By removing transaction signature information and storing it outside the base transaction block, SegWit reduces the size of new transactions and as a result the size of the blockchain, solving the problem of transaction malleability.

Transaction Optimizer – an algorithm selecting an optimal subset of Unspent Transaction Outputs (UTXO) for a new outgoing transaction – now works 10x times faster! The precision was increased to subcents thus helping to decrease the size of transactions and blockchain in general. Now it is easier to collect a needed amount of EMC from different UTXOs without generating an additional and unnecessary UTXO. 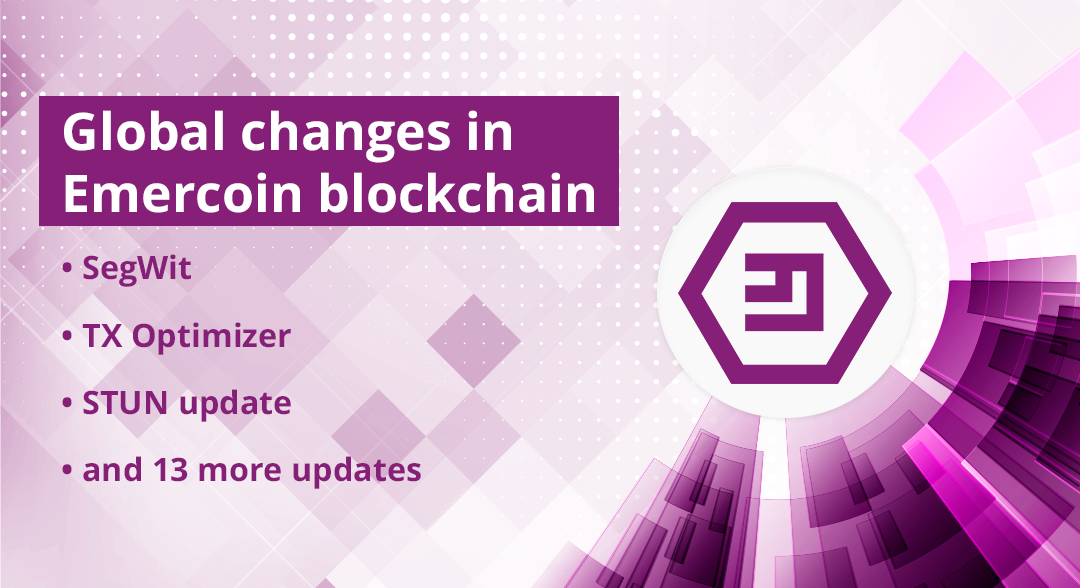 And last but not least, we have developed a base layer in the blockchain core, for our new innovative technology RandPay. It is a technology micropayments/microtransactions and an alternative to the lightning protocol that will work on Emercoin blockchain and enable the development of payment-oriented services. RandPay will be released in the next few months. So, stay tuned. 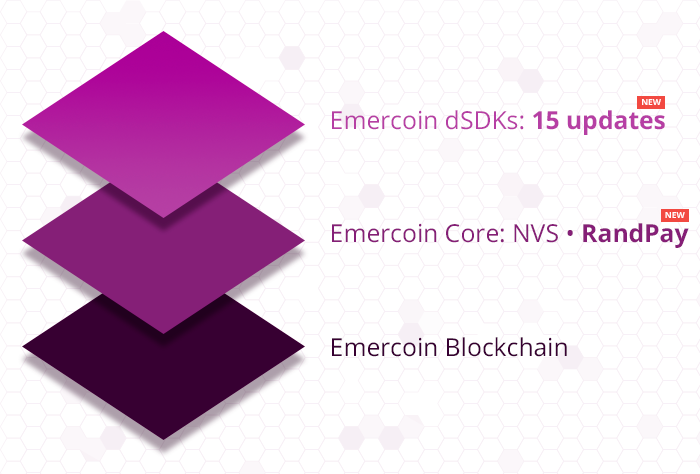 Here is the full list of things that we’ve made a lot better: 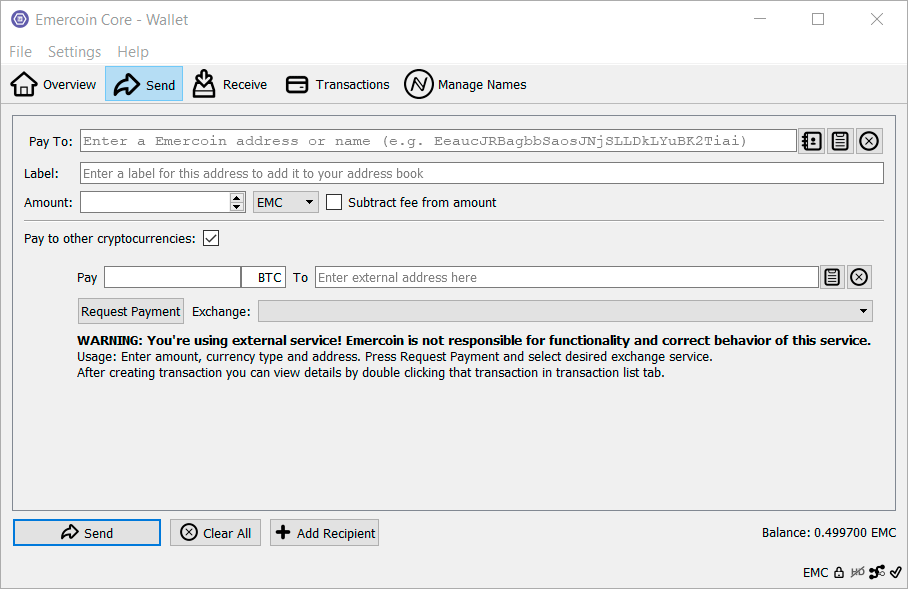 You can also install and enjoy the benefits of the updated Emercoin wallet. Have profitable mining and minting!