How to get Emercoin: buying vs mining 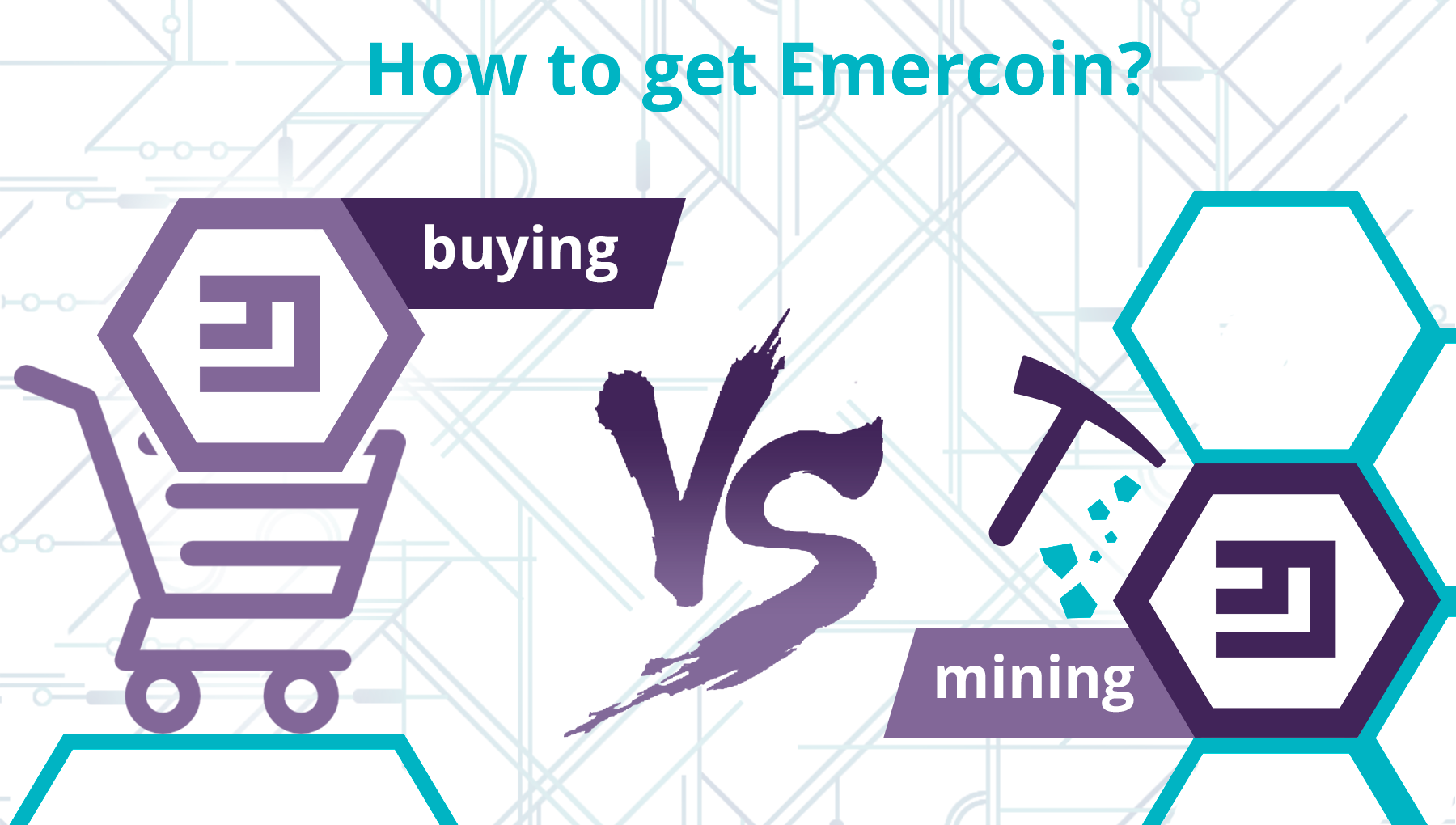 There are many ways to become a cryptocurrency owner. However, all of them boil down to buying and mining, as the two main methods of obtaining coins. The expediency of each method largely depends on the various factors, such as popularity of a particular cryptocurrency, amount of time having passed since its appearance on the market, price of electricity in the country, and the access to the special technical equipment able to provide sufficient computing power.

In case of Emercoin, users are free to choose between both options. Let’s find out which one of these two methods is more profitable by analyzing the main advantages, disadvantages and peculiarities of both buying and mining.

As well as with fiat funds, one can simply purchase a cryptocurrency. Usually, such transactions are carried out on specialized exchanges. However, they can also be conducted between users directly. 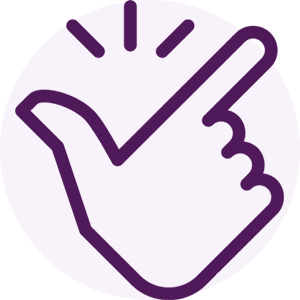 1. Simplicity
One of the main advantages of this method is its simplicity. In fact, everything that user needs to buy a cryptocurrency is money, Internet connection and a wallet. 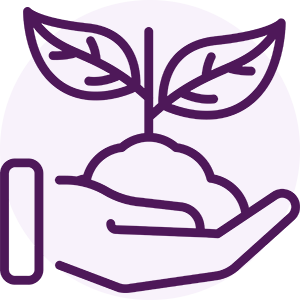 2. Small amount of investment
It is not necessary to invest a large amount at once to gain profit. One can invest gradually, while monitoring the state of affairs on the market.

On the other hand, this method has a number of drawbacks. 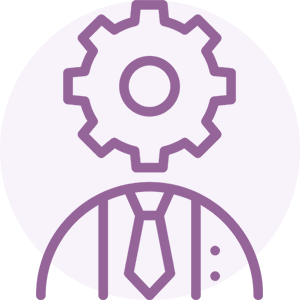 1. Special knowledge and skill
To generate some income, you require the understanding of market’s internal structure, as well as skill of playing on exchanges. 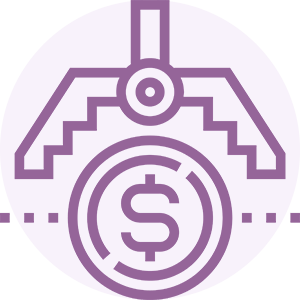 2. Cybercriminals
Additionally, there is always a risk of encountering fraudsters or losing funds due to cyberattacks on the stock exchange. 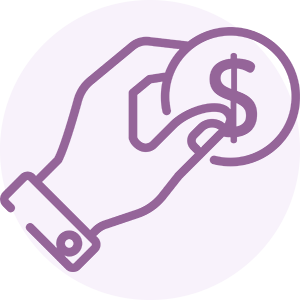 3. Exchanges’ fee
All cryptocurrency exchanges charge a small fee on the deal amount, varying from 0.10% to 0.25%.

To buy Emercoin user can get the wallet. There are versions for Windows, MacOS, Linux, iOS and Android available. Emercoin is listed on several major exchanges, such as Bittrex, Cryptopia and Upbit. And those, who don’t want to mess with exchanges, can use Indacoin, a web service that sells cryptocurrency for fiat money as an alternative. This option may cost more in commissions, but it saves time and allows to remain anonymous.

Сryptocurrency mining is more profitable in the long term, but at the same time it may require much more investments to buy or rent equipment with sufficient processing power.

However, in the case of Emercoin, in addition to standard mining advantages, such as decentralization and security, it also adds number of its own innovative additions. One of the main features of Emercoin is its hybrid mining system, which unites Proof-of-Stake (PoS), Proof-of-Work (PoW), and Merged Mining, allowing users to choose method they prefer the most. 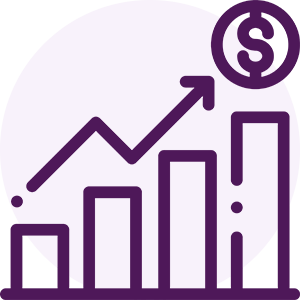 1. PoS mining with guaranteed profit
PoS mining, also known as minting, allows users to assist the Emercoin network by generating new blocks. Generation of such blocks is rewarded with additional coins. All in all, users gain approximately 6 annual percent yield. 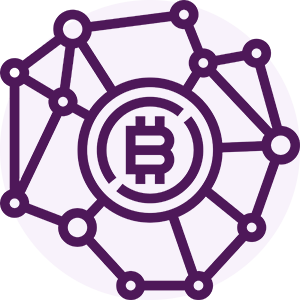 2. PoW mining merged with Bitcoin
One may also decide to use PoW mining and benefit from the fact that Emercoin is merge-mined with Bitcoin, allowing to use the same SHA-256 algorithm. In other words, any pool that mines Bitcoin is at the same time capable to mine Emercoin. 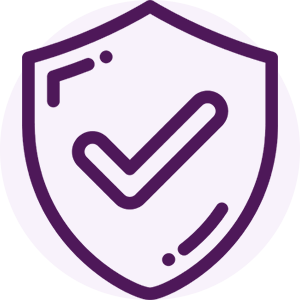 3. Security
Hybrid mining system also plays a major role in ensuring the security of Emercoin’s network.  One of its main functions is to protect the blockchain from 51% attacks and spontaneous centralization issues. 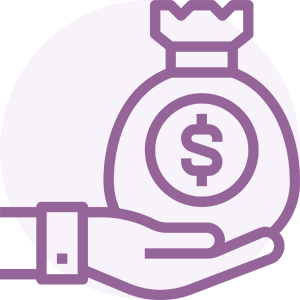 1. Huge amount of initial investments
For mining, you need powerful equipment that will have to be purchased or rented. Prices for such equipment can be quite high. In addition, usually, payment is not refundable. 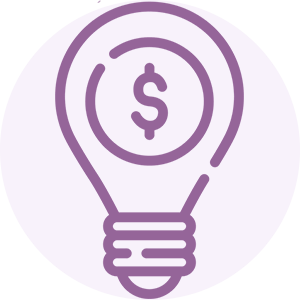 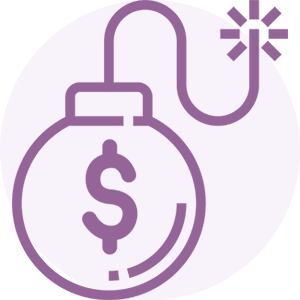 3. Risk of lost reward  since outage of mining pool, or bricking mining equipment. 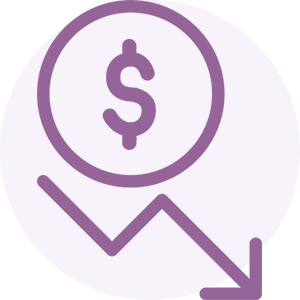 To sum up, both methods are good in their own way. The choice mostly depends on the amount of finances, time and skills available. Even though, the mining Emercoin has several advantages, such as security and predictable profit, it still requires powerful equipment. At the same time, buying is more suitable for those, who have money, but a limited access to other resources. All in all, one can always combine both methods to reduce your risks!