10 most common questions (and answers) about Emercoin

Hey everyone! We get a lot of the same questions from the community about our marketing, exchange listings, current developments, future plans, and so on. To best collect, systematize, and answer them all in the same place, we sat down with Denis Dmitriev, a prominent Emercoin advocate and the founder of EmerTech, a Hong Kong-based software company. He was one of the first to see Emercoin’s tremendous potential and knows its tech and applications better than anyone. 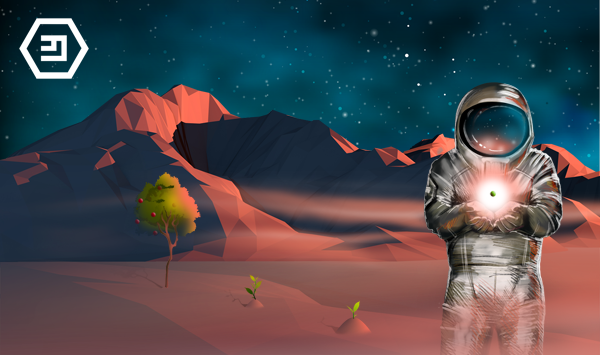 1. What exactly is Emercoin? Is it a cryptocurrency or a blockchain platform?

We like to say that Emercoin is a cryptocurrency powered by the Emer blockchain. The bulk of our effort goes into developing technologies based on the latter, such as EmerSSH, EmerSSL, EmerDNS, and others. Cryptocurrency is only one of about a dozen such projects.

We should also mention that all of today’s blockchains have their own associated cryptocurrencies because they have to reward the nodes that support them.

2. How does your community take it when the cryptocurrency market plunges?

For some reason, people tend to think that the main goal of Emercoin’s developers is to grow its market rate. But this isn’t the case, even though it’s closely related.

Of course, we can’t underplay the significance of the current price: it won’t help our reputation at all if Emercoin tumbles to 432nd place.

3. Can’t you raise the market price by doing an ICO?

ICOs are a bubble waiting to pop. We can safely say we’ll NEVER add to their instability with our own. Besides, bubbles are unpredictable, and we don’t want to ruin the reputation we’ve earned over so many years.

We’ve had our share of failures, like plans forgotten or abandoned, server packages not updated for a long time, etc.

And who can forget when we partnered with someone who later turned out to be anything but honest. But we’re not auditors. In any event, we never collaborated with any illegal or obviously scam projects. It hurts us when people use our technologies for evil, but we can’t control that.

For the veteran members of our community, marketing has never been a priority. We made some attempts to reorient them last year, such as participating in conferences, doing presentations, supporting the community, and so on. It all cost a lot of money. In fact, more than we can afford, as we don’t — and can never — have revenues comparable to ICO projects. There is no Mr. Deep Pockets out there just printing EMCs and listing them on exchanges. EMC isn’t a premine cryptocurrency or ICO.

4. What makes Emercoin different from an ICO?

When people just start learning about our project, they expect us to do the same things as our ICO “competitors.” 80% of them ask when we’re planning to launch token presales.

We aren’t. This is how a typical ICO project works:

2. Get more investors to repay the initial investments and provide extra funds for development

3. Put a team together and actually “build something” (yes, it really does happen this late; initially, there’s usually just one techie who’s there primarily as a consultant). But I really do think most teams like this still have good intentions

Emercoin operates under a completely different model, where we build long-term, stable solutions that bring in revenues from deployment and support. This also strengthens the value of Emercoin tokens, which many of us hold. In the end, that’s what we need.

Market amateurs sucked the initial shower of riches dry, and now many of them are reeling with a hangover in the light of day.

5. So then how is the project developed, who pays for it?

Emercoin grows thanks to collaboration from several businesses and community groups.

As an executive of one such company, I can speak clearly on the subject: we make our own products and build the elements needed to make Emercoin as effective and efficient as possible. Our company’s goal isn’t to create the most hype, but to ensure profitability for owners. For us, Emercoin is essentially a tool, albeit a very important one. To keep it running smoothly, we need to constantly “grease the wheels,” which is why our current and long term plans include expenditures in this regard, but you can’t just come to us and ask: “why aren’t you hyping up Emercoin more?”

Unfortunately, some people today consider platform decentralization a liability because if something (for instance, hype) is missing, nobody knows who to point fingers at. They assume for whatever reason that Emercoin should look like any other commercial business with a CEO, accounting department, office, and bank accounts.

Indeed, part of the community has gone the office route and registered certain companies. But the fact remains they’re still supported exclusively by community members chipping in their own money. We don’t have an ICO to raise money, so our budget is limited and we’re not ready to spend it on mass advertising campaigns, hiring expensive professionals, or paying registration fees for exchanges. We’ve had some negative experiences with this in the past and we’re not planning to repeat the same mistakes.

6. Emercoin has a strong community around it. Is that where the project’s support comes from?

In a way. Some people bought (not mined, which would be very hard to do at that point) some coins, and now their efforts go to supporting the platform’s development.

They’re just like us. Sometimes they team up, chip in, and try to build something together, in many cases successfully. Mostly these are large holders who’ve gotten to know each other over time.

The Emercoin Official channel and other groups promoting the blockchain are a result of their endeavors.

7. So who stands behind all the tech being developed under the Emercoin brand? Who’s the mastermind?

I’ll share a little secret here and tell you how we make our development-related decisions.

First, someone pitches me an idea. If I like it, I reach out to various team members and share it with them. Then if they’re interested, they invest. We all chip in, and we either make a profit or we don’t, it depends on a lot of factors.

Sometimes someone does something entirely on their own, but it’s more rare.

Sometimes people ask for money from us to develop a certain solution. They promise a lot, then they do absolutely nothing. It happens all the time. All they really want is USD, or at the very least, Bitcoin. They won’t take EMC for payment.

In times past we were foolish enough to get wrapped up in similar projects. We made good with the money, but to no avail: a couple pointless events might be held, marketing campaigns rolled out that never result in higher downloads, and so on.

If you’ve got a real plan we’d love to hear it, but don’t bother us if the ultimate goal is just to pick our pockets. It’s not like we’re so astute we can always tell who’s genuine in their interest, we simply don’t have what you’re looking for.

Today, the project moves forward thanks to people who have been and continue to help it grow. We’ve been at it for five years now.

8. Which of Emercoin’s projects do you think is most promising?

It’s hard to choose just one — each of them is unique in its own way. Currently, I’m personally involved in EmerAPI, which is a set of tools to help easily integrate Emer services into third-party apps. At its core, it’s a set of libraries for various programming environments and languages.

As for EmerAPI, I believe it to be of critical importance for Emer’s growth; we want to make any app integratable with our various services (e.g. digital asset management or payments) quickly and easily. This will lower the entry barrier and hopefully expand the reach of Emer services.

10. What do you see in Emercoin’s future?

I hope that potential investors can put two and two together and understand that Emercoin is one of the few cryptocurrency and blockchain platforms that’s exactly what it claims to be. But not everyone seems to see that just yet. People still cling to the misconception that any cryptocurrency is a project from Mr. Rich Guy who invests several million in token promotion, prints a bunch of them, and now wants to sell them back to make a quick buck. We wouldn’t mind going back to the “money for nothing” days ourselves, when price grew without any real reason. But we understand that doesn’t depend on us.

We’d like to thank Denis for his detailed, pragmatic answers demonstrating what a healthy approach to the issue looks like. Blockchain technologies are on the rise, and those who can master them in their projects will have a huge competitive edge.

Stay tuned for more interviews with active community members who have made Emercoin part of their growth strategies.