On June 13th, 2018 Oleg Khovayko, CTO of Emercoin and Alex Petrov, CIO for Bitfury have conducted AMA (Ask Me Anything) session on Reddit! Here’s some the most interesting questions:

Q: What will happen to Bitcoin if a country/nation decides to convert to Bitcoin, and then all investors bail on it, literally copying the Enron executive’s technique? How is bitcoin secure against something like that happening?

A (Oleg Khovayko): If it will happen, Bitcoin price will rise, since there will be increased demand with limited supply. After all this is investor's risks. If they’ll hold Enron's shares, nor Emercoin, nor Bitcoin, nor any company or mutual fund can provide investment security. Investment instrument can be high-stable, or high-yield, but not both. Bitcoin does not provide any warranties and does not securing your investments.

Q: Bitcoin does not offer any warranties, so if a company decides to invest it as it's official currency, how does this protect the citizens. Bitcoin exists because people put a value behind it. If everyone decides to leave bitcoin for bitcoin, then bitcoin is useless.

A (Oleg Khovayko): If company decides to invest - this is company's decision. Not Bitcoin's developers. And again, decision to invest in Bitcoin does not protect citizens. US dollar exists because people put a value behind it. If everyone decides to leave US dollars for Mongolian tugrik, then US dollar would be useless.

Q: Are you worried about more and more countries investigating Bitcoin and the possible repercussions of any legal measures against cryptocurrency?

A (Oleg Khovayko): Not yet. There is only 6 states, which banned cryptocurrencies. And not a single one of them is part of G20. Moreover, Emercoin is not "just a cryptocurrency", this is distributed blockchain platform for non-financial services. An idea to ban Emercoin since it has cryptocurrency feature (one of a many) - is similar to an idea to block entire Internet because of torrents.

Q: How can people and companies use blockchain without cryptocurrency if it is necessary to provide a reward for the work that maintains the blockchain secure?

Q: How is Bitcoin (and other crypto-currency) any different than the Dutch Tulip craze of the 1600's?

A (Alex Petrov): Dutch Tulip’s point was a limited supply & demand compensation wave. Blockchain/bitcoin - is innovation and efficient tool for solving real world tasks. It can be used in such spheres as electricity, railways, steel & heavy engineering. Bitcoin and blockchain as a tool has much bigger functionality & functions.

Q: What do you think about the current phase of crypto market in general? Is mining profitable? What will happen, if the market continues to shrink?

A (Alex Petrov):  This market is still developing & growing. We are witnessing the mere start of it, like internet in early 90’s, we still discovering new features and interesting side effects of blockchain like time-stamping.

Miners do useful work – they are processing transactions. Until this work will be profitable for miners, they will continue to do it. At the same time mining is very competitive field, constantly lowering the operational expenses, lowering cooling, lowering electricity cost and searching for mathematical optimization tools & tricks. As a result, this process is indirectly lowers transaction fee cost as well as infrastructure operational cost in general.

If market continues to shrink, this will naturally push-out less efficient miners, more efficient will continue to perform their work, as it is natural process. Mining hardware just in 5 years will have more engineering improvements. Miners will continue to push forward a technology & optimization.

At the moment, we have too many alt-coins & too many blockchains projects, some of them will not survive in the long term. However, there will be many cryptocurrencies for sure.

Overall, we can say that it was a very interesting experience, which we will repeat for sure one day. Stay tuned for the next AMA session! 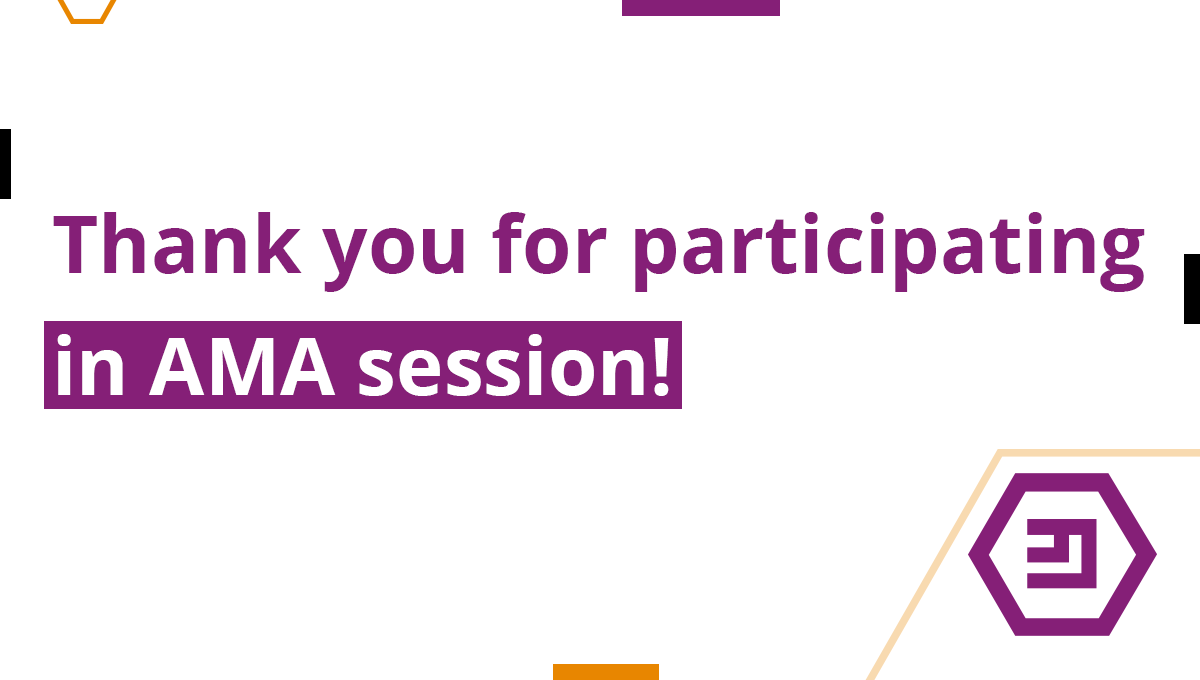