If you are used to passwordless authentication via SSL certificates, you know how costly these are. Worst of all, if your certification authority is compromised, you’re screwed.

A totally decentralized infrastructure of SSL certificates, it makes man-in-the-middle attacks impossible. And it’s WAY cheaper than doing it with a central CA.

And it’s so easy to use: Generate your private certificate once, and enjoy passwordless — and secure — access to selected websites for years.

EmerSSL is a system for passwordless website authentication that uses the Emercoin blockchain as a decentralized and trusted store of hash sums for client SSL certificates. Certificates can be generated by users on their own computers, without any central authority, and quickly replaced as needed. This makes the system effective for both scheduled updates and rapid recalls of compromised certificates.

EmerSSL enables the complete decentralization of the system. In other words, there is no single entity controlling the authentication, unlike systems such as Kerberos, OpenID, TeddyID, and the like. Thus, EmerSSL cannot suffer a system-wide service disruption whether due to technical failure or through a malicious attack on the servers. Neither can a user’s account be globally suspended at the whim of a single authority.

Associated with the EmerSSL technology is EmerSSL InfoCard — a “business card” system that complements EmerSSL's passwordless logins with website form autocompletion based on the data residing on the Emercoin blockchain.

EmerSSL is the best solution:
for repeated use of one client SSL certificate for authorization on any server in EmerSSL system without compromising security
for the start of secure SSL session only after successful certificate authentication process
to autofill a new account form with data recorded in the blockchain 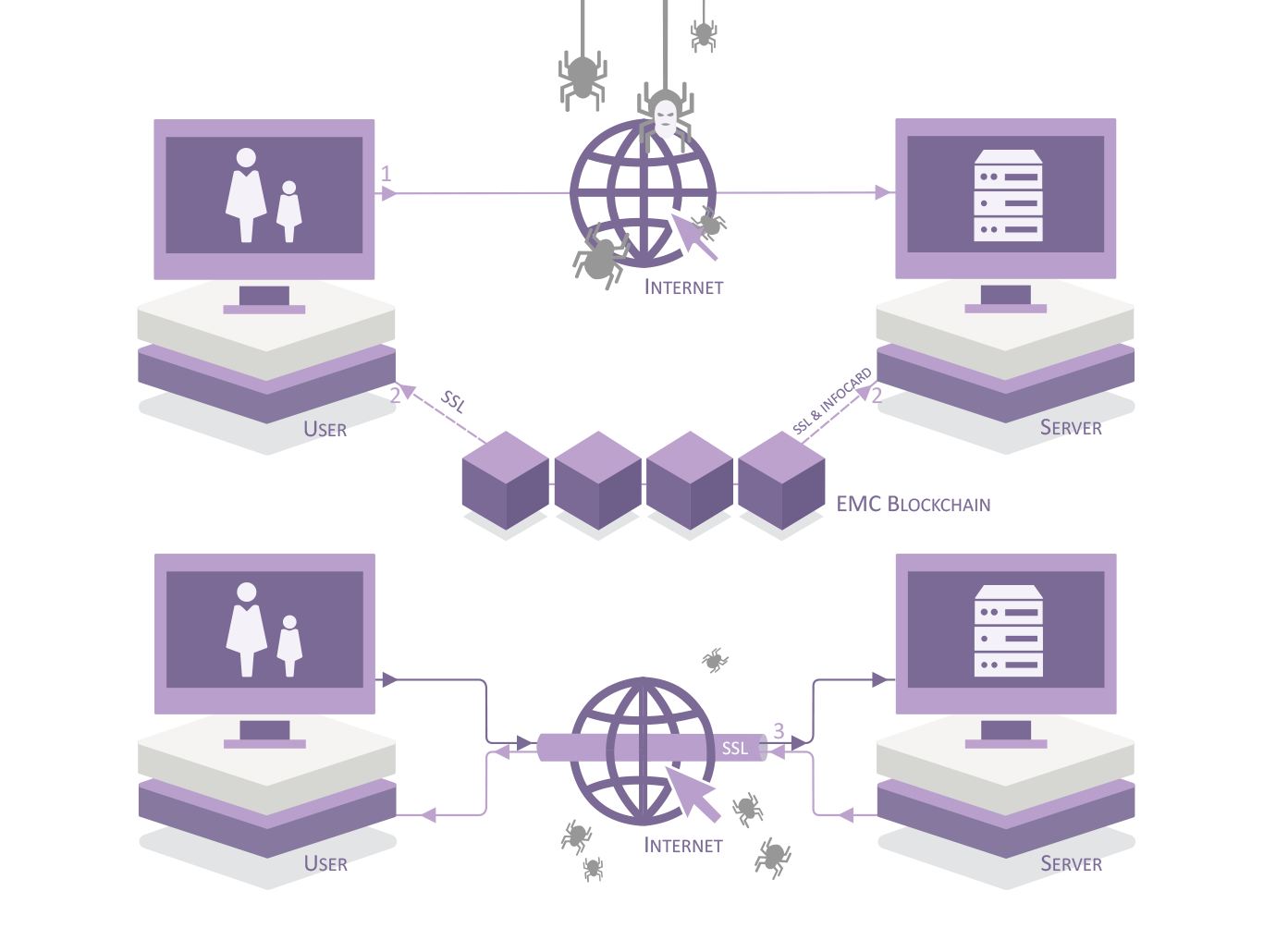